Posted by: Harshvardhan Pawar in Vishwakarma Institute of Technology April 25, 2017

TEDx VIT Pune 2017 was conducted at Vishwakarma Institute of Technology, Pune, on 15th April 2017. The event which was university level TEDx event had a total of 100 attendees as per the limit specified by TED.  A total of eight speakers pertaining to varied fields such as engineering, design, art, music, medicine, etc, presented talks which stood true to the TED philosophy of “Ideas Worth Spreading”. 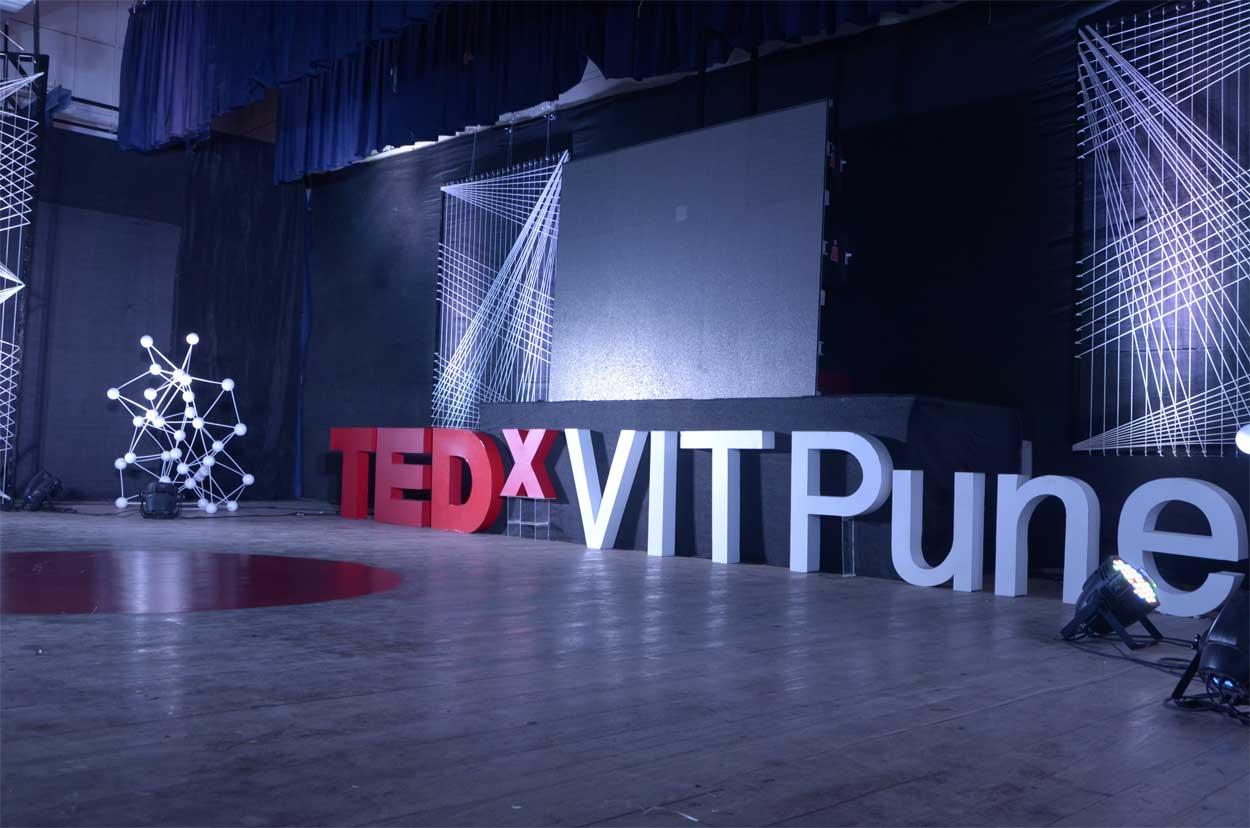 The event began at 9 am with breakfast, followed by an interesting ice-breaking session. All the attendees were given notepads as a part of the merchandise bag and on the back side of the notepad was one letter. All the attendees were supposed to look for people who had the same letter as them and then interact with each other. A stellar dance performance was the heart of the opening ceremony. The first session of talks began at around 11 and continued till 1:30. During this session, a total of four talks were held. In between the talks, the attendees were also given a chance to interact amongst themselves, and also to present their interpretation of the event theme which was “Connect the Dots”. 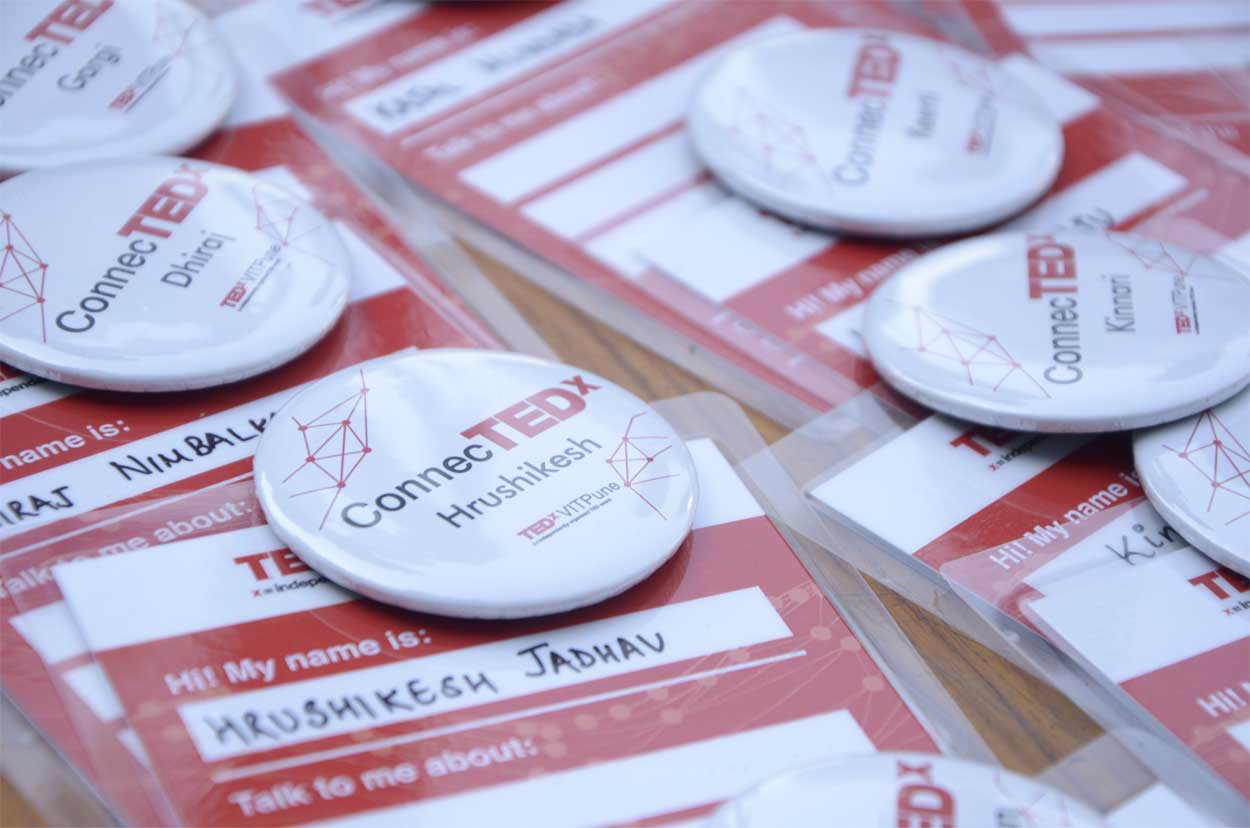 Performance and Performers on the Stage

The second session which was held post lunch had two talks which were followed by a power packed performance by the Moonwalkers: MJ5. The attendees were filled with joy and enthusiasm as this was a much welcome and a completely unexpected surprise for them. In the third session, which was held prior to the high tea, two talks were presented. This was followed by a closing ceremony and a little feedback session to conclude the event. 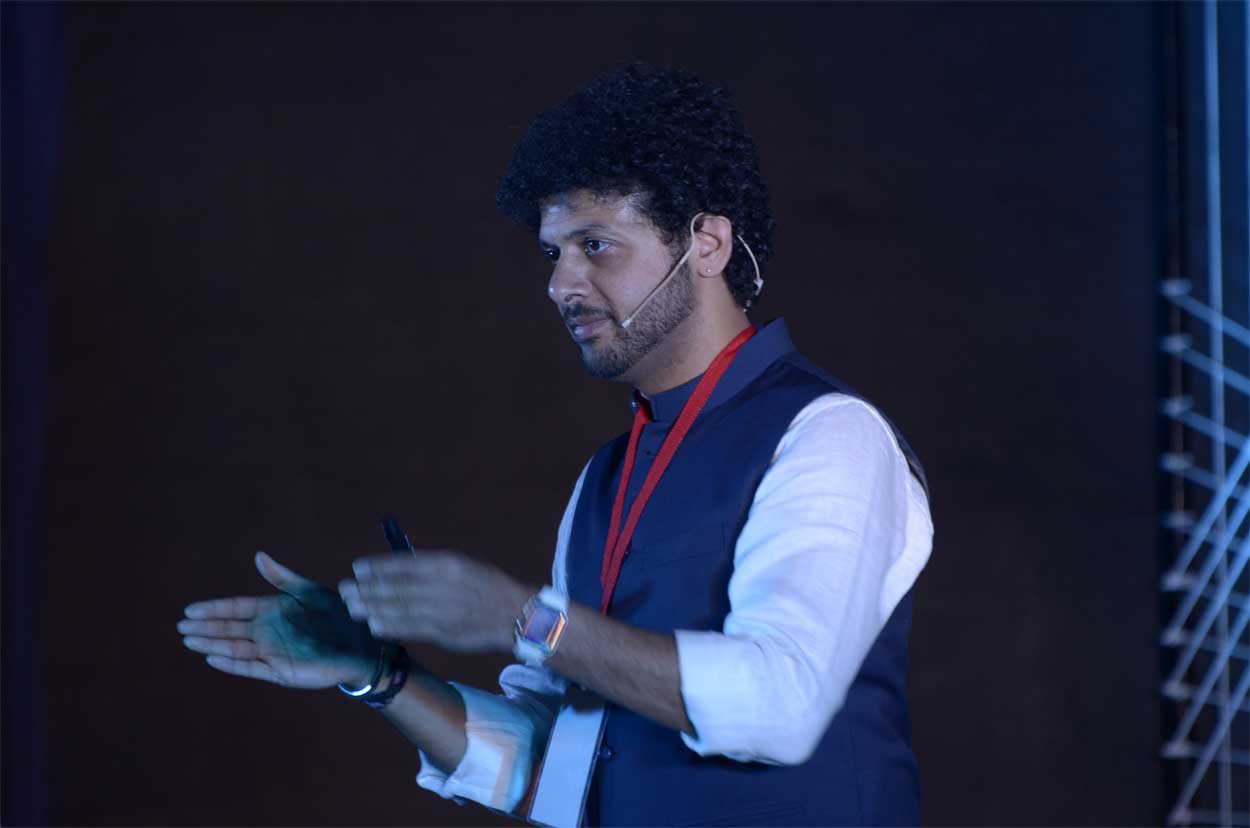 The talks during the entire day covered a wide variety of topics, while M.Anand who is a green building profession, spoke about Green Building Concepts and Sustainable Design, Dr.Geetanjali Tomar provided the attendees insights into a much-debated application of genetic engineering- Designer Babies. Devendra Jani used Bees as an example to talk about concepts of leadership and commitment, whereas National Award winning Playback Singer- Mahesh Kale spoke about finding the balance between engineering and his passion for classical music. Aniruddha Sen, founder of a leading advertisement firm, spoke about his personal experiences played a part in influencing his career, Sachin Sanghe, who is a micro-sculpture artist spoke about his passion for art and inspired the attendees to rediscover their passion as well.

Akshai Varde, the founder of Vardenchi Motorcycles, spoke about the art of engineering and Ramesh Botaljee spoke about his innovation: a machine which converts the moisture in the air into drinking water. The talks had the power to educate, to inspire, to motivate and to provide a fresh perspective to the same old problems and situations. 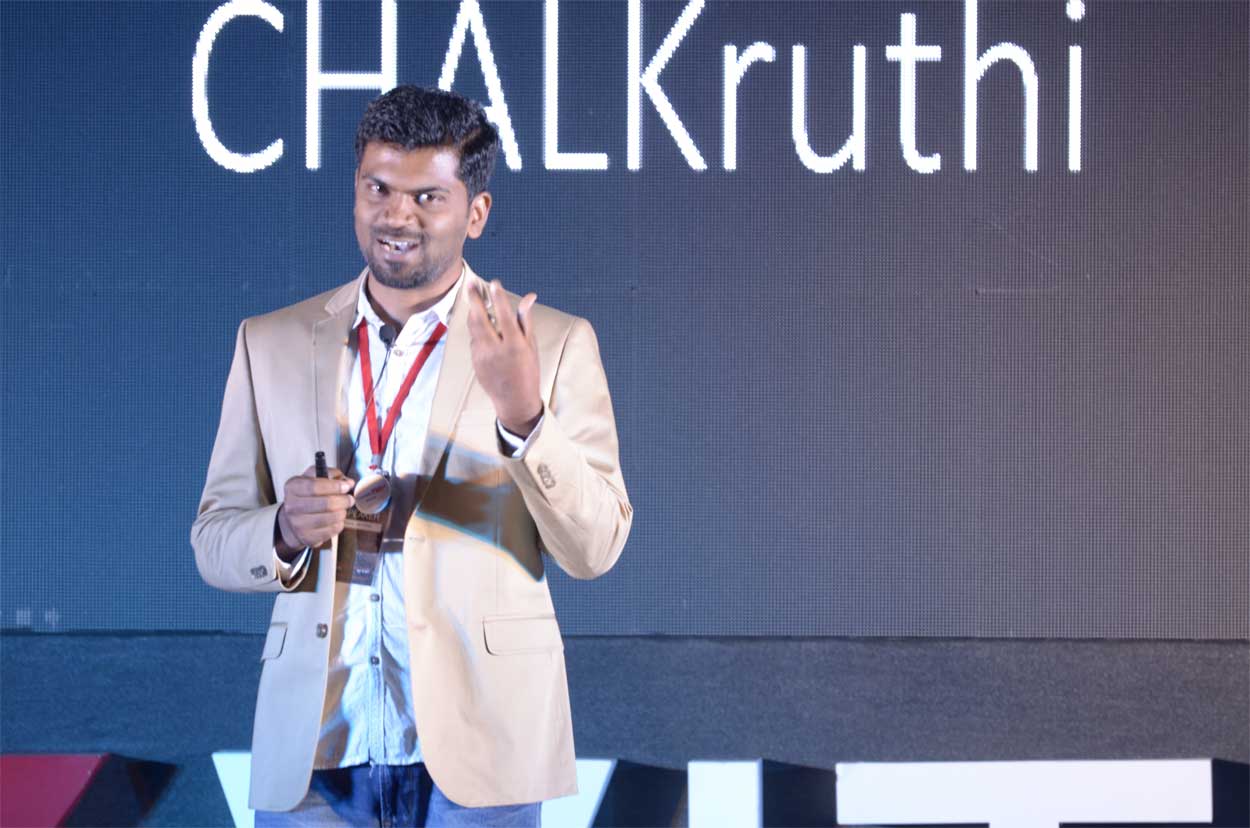 The Merchandise by TEDxVITPune Event

The merchandise which was provided to the attendees this year was far beyond their expectations. The goodie bag had everything one could ask for- T-Shirt, Mug, Cookies, Discount Coupons, Notepad, Pen, etc. In the morning, just before the breakfast, individual photographs of all the attendees were clicked. These pictures were utilized to develop individual photo placard for all the attendees who were completely awestruck by this pleasant surprise. 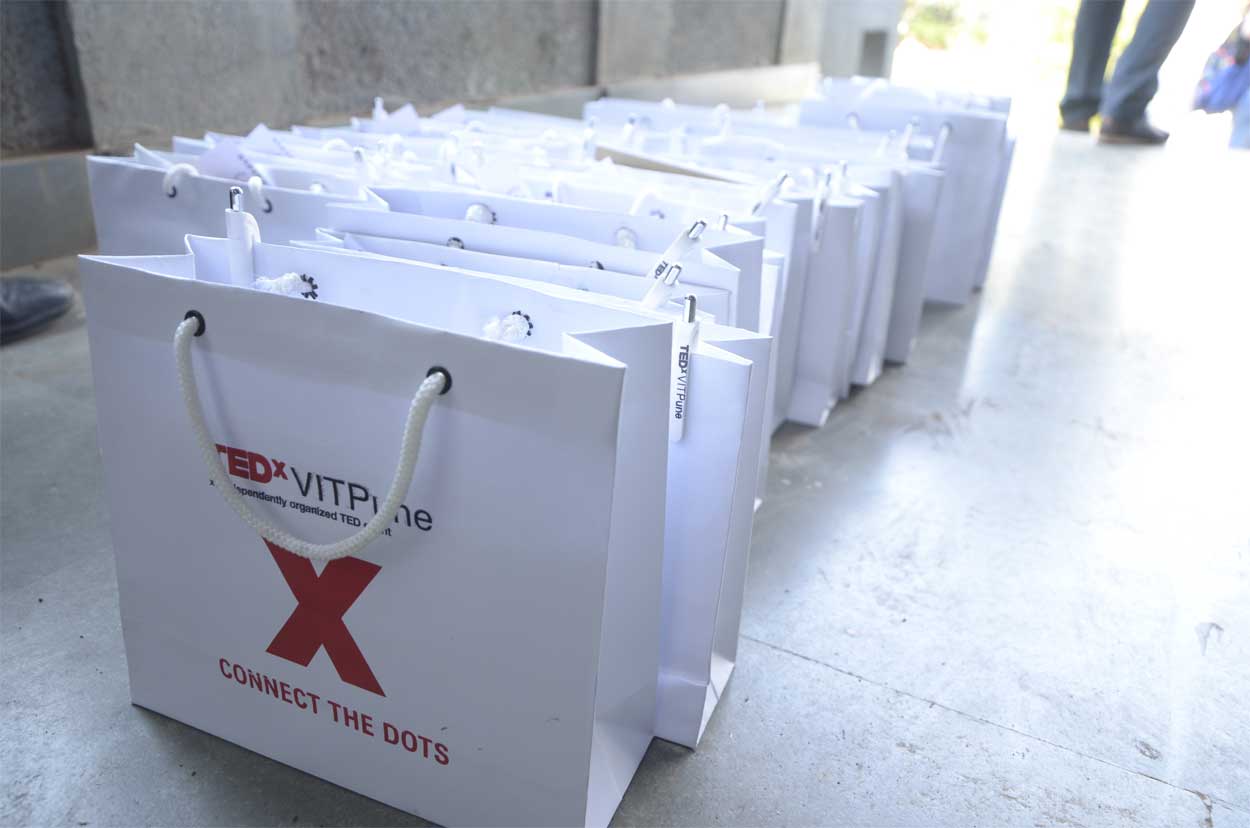 TEDxVITPune 2017, managed to live up to the expectations which were set by the previous editions of the event and also keep up with the promise of being bigger and better than ever before. 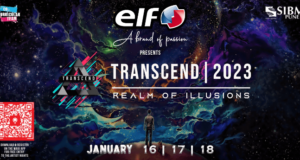 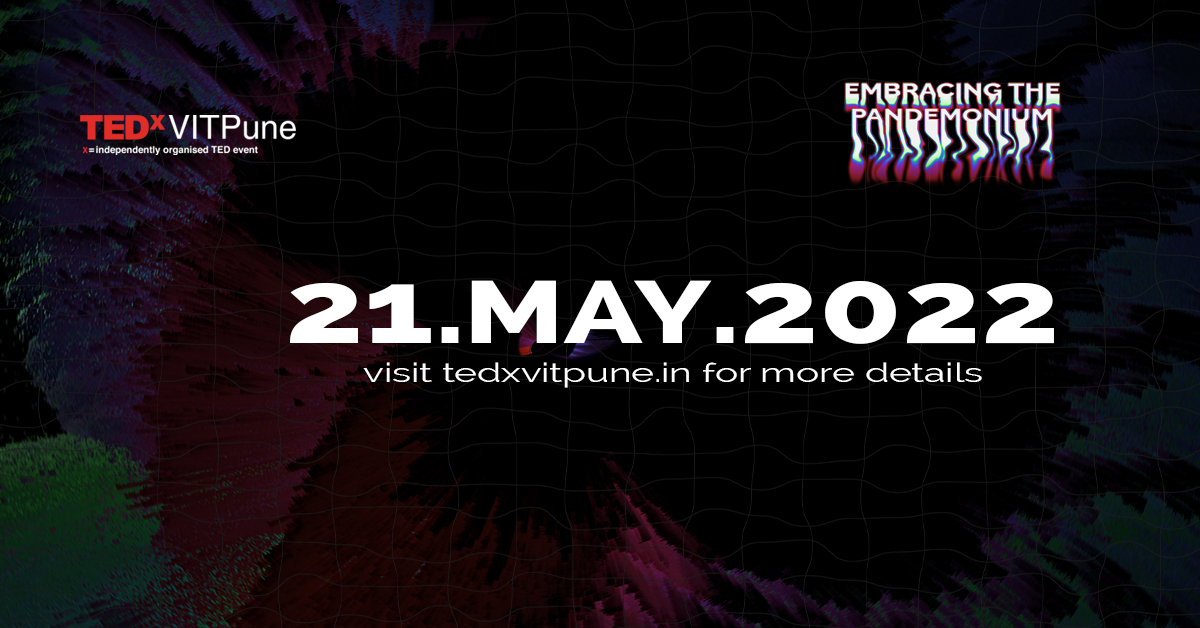 TEDxVITPune is set to reemerge through appalling uproars and constant turmoil. We’re set to celebrate the resilience and walk a path to perpetual serenity. We are back with the 7th ...