COEP Impressions 2022, the annual cultural fest of the College of Engineering, Pune – Technological University (COEP Tech) saw its inception in 2016, and started with the motto – ‘By the artists, for the artists. It pursued the burning desire for nurturing a diverse and avant-garde space to represent art and talent. Our major belief here at Impressions is to provide amateur artists with a platform that is culturally diverse, artistically creative, and respectfully gracious.

College of Engineering Pune Technological University (COEP Tech)established in 1964, has been the premier institution in making Pune the “Oxford of the East”.Being the third oldest college in Asia, COEP has proven its superiority and tenacity in cultural activities by winning many awards and laurels at state and national competitions and events. Music, Art, Dance, Acting, and Backstage sections imagine and integrate novel and creative ideas, bringing out groundbreaking stories and artists! 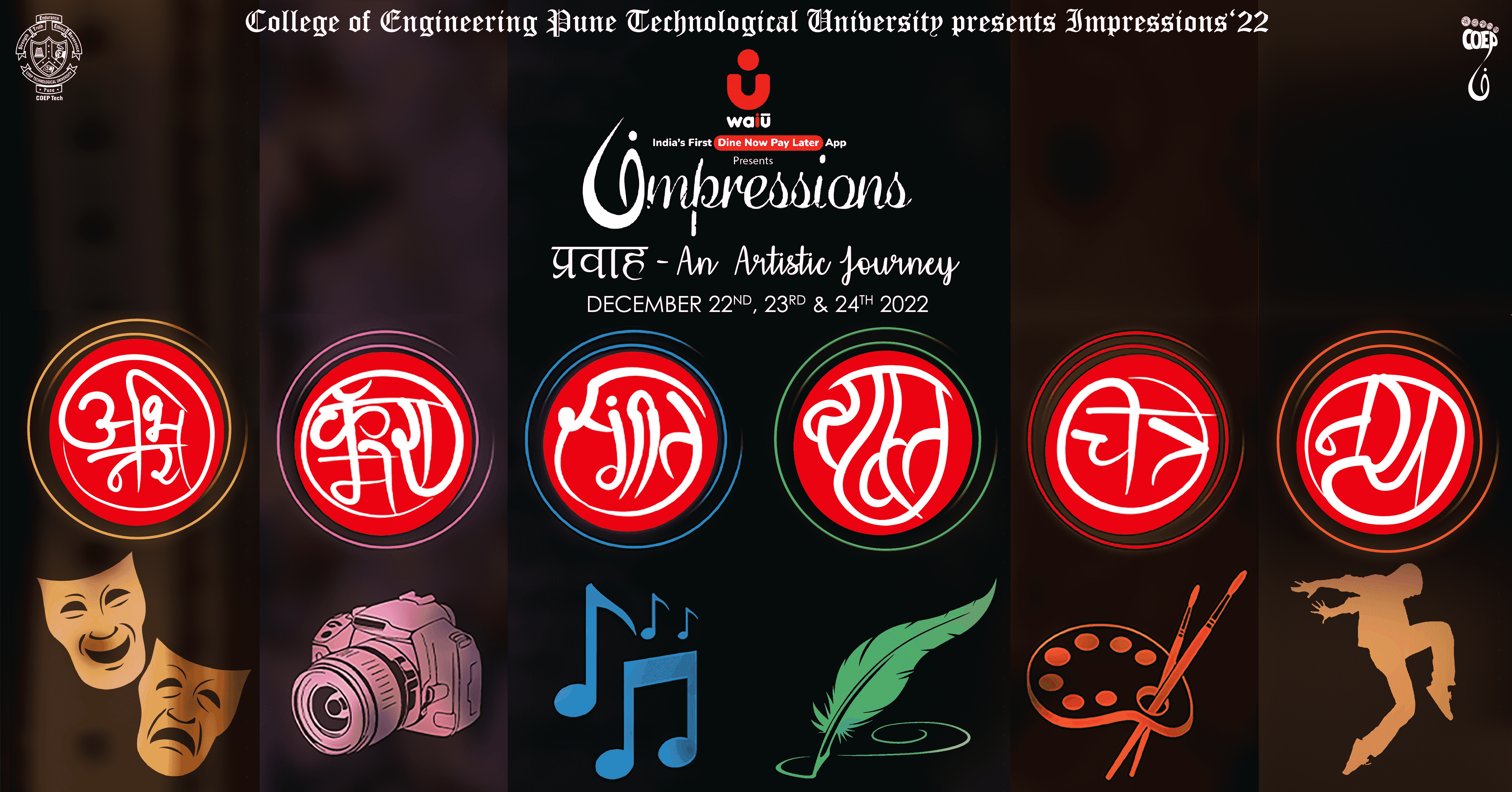 COEP Impressions 2022 is based on one central theme revolving around the evolution of different art forms and is relevant to present times. Art is an integral part of our lives since ancient times. Art has different domains like music, dance, acting, painting, and many more with each having its different forms around the globe.

Most of the classical dance forms originated in temples with aim of worshipping. The roots can be traced from the Sanskrit text – ‘Natya Shastra’.

A dance that encompasses Bhav, Rag, Ras, and Taal is ‘Bharatanatyam’. Possibly, the oldest form of classical Indian dance follows the conception of Natya shastra in true spirit and is learned enthusiastically even today.

Kathak is one of India’s most charming dance forms revolving around Mahabharat and Ramayana themes.

Many dance forms evolved in the western continents too. Hip-hop developed in the United States in the early ’70s. The contemporary dance style is considered to also be related to ballet.

Read More About The COEP Impressions 2021

Salsa is a combination of several Cuban and American dances.

Indian classical music is monophonic in nature and based around a single melody line which is played over a fixed drone.

The performance is based melodically on particular ragas and rhythmically on talas. Purandara Dasa, known as the father (Pitamaha) of Carnatic music, formulated the fundamental lessons of Carnatic music resting on two main elements like Hindustani classical music, raga, and Taal. Many other forms of folk music, Natya sangeet, Lavani, and Qawwali over the years. Western music was composed by early settlers to the west of the US and Canada.

Jazz was developed in the southern US focusing on instrumental styles. The ‘Blues genre captures suffering and loneliness in the best way. Jazz developed in the United States in the very early part of the 20th century and was mostly for dancing.

Various types of paintings evolved in India like  Gond paintings and Kalighatpaintings. Madhubani in Bihar portrays culture, and Warli painting in Nashik illustrates the nature and social rituals of the tribe. These paintings also tell us the art-forms present in that specific era.

Let’s understand the evolution of these art forms through Impressions 2022. We aim to attract people towards the art form and increase their inquisitiveness towards the history and knowledge of the art forms!

We hereby present to you the theme of Impressions 2022-‘Pravah’-An an artistic journey!

With a rise in footfall every year, Impressions continues to organize workshops such as ‘Drum Circle’, ‘Contentastic’, ‘And Calligraphy workshop’ and pre-events such as ‘Open mic at Cafe Ri and Ra-The boutique cafe’. With a hybrid mode last year, Impressions

is all set to outdo itself with its completely offline 7th edition through unique events, competitions, and Pro shows. Having exciting events and Pro shows planned, we released the theme for this edition ‘Impressions 2022-Pravah-An artistic journey’ revolving around the evolution of various art forms. We aim to increase the inquisitiveness of people towards various cultures and art forms and appreciate the uniqueness of each.

The dance module consists of events of various forms like ‘Street forward’, ‘Swagdesi’, ‘So Duet’, ‘Nrityangana’, and ‘Swagdesi’.The art and Craft module has competitions such as ‘Doodly Doo’, ‘Cirkala’, and ‘Graphix’ in which artists can create magic on paper with their imagination! The  Camera Module has events like’ Box office’ and “Lens Art’. The Shoutout module comprises of events like ‘Andaaz-e-Bayaan'(Shayari competition), ‘Comiking'(Stand up comedy competition)

and many more to bring out your ideas and emotions through art! Impressions have had the presence of many eminent personalities like Sachin Pilgaonkar, Pankaj Tripathi, Vikram Gokhale, Sumeet Raghavan, and concerts by Anuv Jain, KK, Arjun Kanungo, and Tulsi Kumar during the fest in the previous editions.

We would like to thank our title sponsor Waiuand our platinum partners Travelpays, Bookitngo, Chingari, and our beverage partner Frother for believing in us and upholding with us for this year’s edition of Impressions!

Impressions, like every year, are revving up with eagerness to achieve fresh heights as the pandemic fades slowly and achieve a goal of having an even larger community of like-minded individuals living in the art verse. 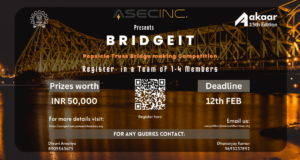