To give you an idea of what I’m about to talk about, I’ll need to rewind the tape a little. It all began from the time when common sense was lost in common people. Roads and footpaths began to mean the same thing. Red signals used to mean STOP once upon a time and zebra crossings were actually used to cross roads some 100 years ago.

I really miss those times.

But the thing with roads here are, no matter how narrow the road is, there will always be that one PMT driver or your average truck wala who will try really hard to to prove how he never went to school and how 1 x 0 for him was 1.

Recently I was at this place where the road was pretty narrow and looked like a teenagers face full of pimples which already had its fair share of traffic. But even with these problems already prevailing, comes to make it even worse….DJ Monty and his entire crew of cousins and classmates.

Why was DJ Monty here? Ofcourse! Some one was getting married! And they wanted the entire neighbourhood to know how they spent so much on DJ Pappu (Oh wait, was it Monty?…who cares?!).

I get it. In some religions it is a ritual to have merry rides across the block to create some traffic jams wherever they go. But I believe this could be done in controlled environments or at least on a road which is wide enough to carry your money and ego around (along with DJ Monty and his trashy music of course).

RELATED – Why do Indians Spit on Roads?

Marriages have their fair share of problems and troubles as it is. But seriously, to share the burden of those troubles and problems with people like me who just wanna get home for some dinner coz I haven’t had anything since breakfast…….is pretty fucked up.

P.S : To those people who delayed my dinner that day by 2 hours of crappy music and filled my stomach probably with a lot of toxic gases from the traffic for their own entertainment. This article was written and submitted by : Rishikesh Agarwal 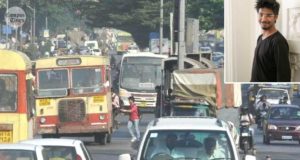 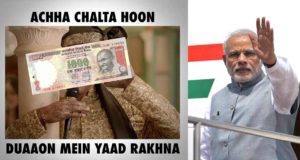 PMO Strikes the Black Money Holders of India. Here is Everything You Need to Know | Vedant Pophale 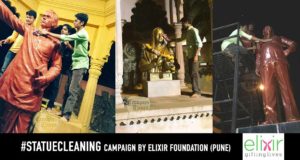 Know About the Statue Cleaning Campaign Run by an Elixir Foundation in Pune with MyGov.in