College of Engineering, Pune, is an exemplary hub of technical education and extra-curriculars. This premier engineering institution has not only launched a student satellite, been crowned the national champion of SAE BAJA and Robocon in this academic year but is also hosting the 89th edition of the much awaited event of the year – Regatta.

COEP Boat Club, founded in 1928, is one of the oldest in the country. Since the founding year of the Boat Club, the Annual Regatta has been taking place. The Boat Club boasts of having more than 100 different boats, most of which are unique and heritage boats. For example, the two Eighters, that were purchased from England in 1943 or the Diamond Sculls that were left back by the British. Some of the trainee boats, like the tub scull, clinquered pair and tub four have been manufactured in-house. Over the years, the Boat Club has produced many national and international level rowers and kayakers, who have brought laurels for the college.

More than 350 COEPians put their heart and soul in two months of rigorous practice in which they master skills of riding different kinds of boats.  This year, the students are raring to perform on the theme of Women Empowerment on 26th March at COEP Boat Club, starting 4.30pm.

Regatta starts off with a fascinating display of about 15 precious boats of COEP including the legendary eighter. The boats are aligned in the shape of an arrow and move in harmony symbolizing ambition and integrity.

It is a rowing event which includes a spectacular display of majestic sculls and shell-boats. The perfect synchronization among the boats and their effortless gliding, leaves the audience spellbound. Their motto, “Weightless in water, swifter than the wind; when we row, we row to win!” speaks for their event.

The most adventurous show of the evening, where the accuracy in synchronization of the sleek, streamlined kayaks can be measured in milliseconds. The kayakers have immense command over the colourful kayaks due to intense practice sessions.

Have you ever seen fire stunts of water? If you haven’t then this event should not be missed. A warning in advance: the over-courageous performance of the participants will give you surges of adrenaline rush and leave you in a frenzy.

An event in which a story is beautifully narrated by the various formations of lit punts. This event is a freshman special!

The only event of Regatta which is performed on land. The dancing mashaals along with their glistening reflection in water, leave a lasting impression on the spectators by conveying a social message.

To experience these spectacular shows, be there at COEP Boat Club on 26th March from 4.30 p.m.

Editorial Team at Campus Times Pune
Campus Times Pune is an initiative taken by some enthusiastic students of Pune to entertain the "Netizens" by providing cool and trending content online. Articles from contributors who prefer keeping their identity anonymous, are published under our authorship. You can contact us with your articles by sending them to "911@campustimespune.com" 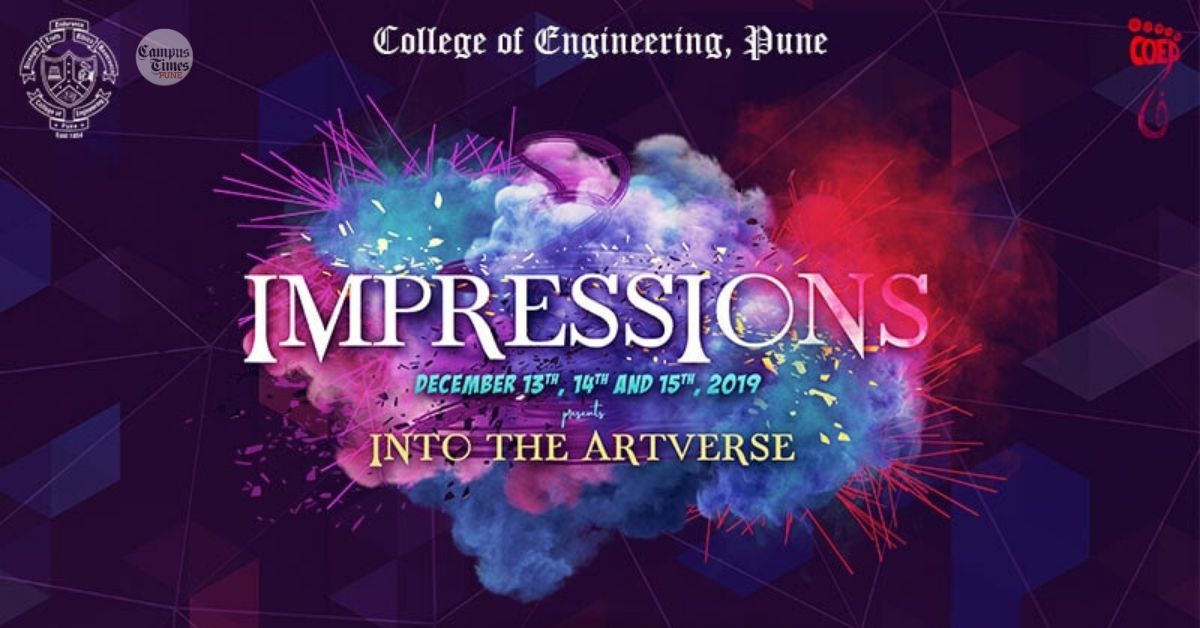 College Of Engineering Pune is back with its annual cultural fest - Impressions 2019 with a unique theme "Into The Artverse".