This year, many would be absolutely happy considering the fact that Valentine’s Day falls on a Saturday and you have a long Valentine weekend ahead!! Well, going for dates, long rides are always cutesy but what could be better than cuddling up with your loved one and watching one of those cheesy romantic flicks to light up your weekend and enjoying the same with a tub of popcorn!! Does sound pretty romantic!! Speaking about the romantic genre, every industry does churn out many tear jerks under the disguise of a romantic flick but generally, these simply tread the same path of ‘Boy meets Girl, they fall in love’ and so on! To avoid the stereotypes, here is a list of top 10 romantic flicks that can be surely enjoyed this weekend!

Up?? Surprised?? You ought to be!!! Up is another animated animated classic from the Pixar stable that portrays the heartwarming adventure of a grumpy septuagenarian who teams up with a fearless adventure loving kid on a journey of a lifetime!!Many would be surprised to see this movie in this list but the movie relies on the strength of a 10-minute sequence that bears testimony to the power this Pixar classic has!! It couldn’t have been cuter, a 10 year old geeky boy who loves adventure meets up a girl down the street who loves the same and they fall in love, grow up, years pass by, they witness the highs and lows of their life, the sequence plays like a reel of love, marriage, family, work, sickness, eventually death-with so much honesty and meaningfulness that it simply sticks to your mind!!The rest of the movie is brilliant but it opens with romance itself! 

Paul Thomas Anderson has always been a favourite director of mine for his works like Magnolia, Boogie Nights, The Master and the must watch There Will Be Blood. His movies have been visually rich with an unmatched visionary direction and exemplary performances. I was a bit surprised when I first checked out the details of Punch Drunk Love because the movie starred Adam Sandler who is typecast in comedy roles and also, it was a hectic job to get this one on the internet due to this very peculiar cast! And this one got my attention since it has a path breaking performance by Adam Sandler in the role of a lonely guy who finds love in a rather funny and odd manner! The movie is old charming and unique in its appeal and utilizes the comic persona of Adam to elevate this one to a cheesy must watch flick!! 

This Swedish movie is actually a romantic horror film that actually had a 2010 Hollywood remake that actually and a rarity in Hollywood, did justice to the original and made changes that worked fine! Well, can two twelve year old actually fall in love? And what if the girl is a vampire who has been twelve since a long long time? And so what if your new girlfriend a) isn’t exactly a girl and b) feasts on the blood of innocents? At least you’ve got a girlfriend! 😀 This spooky gothic thriller has a subtle romantic track that you can get your teeth into-without a dreamboat in sight!!And the pre-teen supernatural movie works big time!

It’s the movie that launched a made Paris the inevitable love destination for any madly-in-love couple! ‘Amélie’ charmed the world’s socks off in 2001, a surprise international hit. Audrey Tautou is irresistible as lonely waitress Amélie, who discovers her purpose in life: to make other people happy with anonymous acts of kindness. A whimsical fairy tale, it’s filled with playful, funny touches. The feel-good Amelie is a lively, fanciful charmer, showcasing Audrey Tautou as its delightful heroine. Emily Watson was earlier cast in the role of Amélie but she left the movie and it was almost shelved when the director spotted Tautou on a movie poster. The rest is History! 

Joseph Gordon Levitt has always been a delight to watch with his offbeat performances and 500 Days Of Summer is no different. This charming, witty, offbeat romantic comedy narrates the story of a man who falls head over heels for a woman who doesn’t believe in love! The storyline does sound passé but what one witnesses is a clever refreshingly honest flick that is utterly delightful and brilliant! A must watch! 

Tim Burton is known for his quirky movies that are usually out of the world in their approach and have gothic and dark overtones. And he and Johnny Depp are frequent collaborators and have produced great films like Ed Wood, Sweeney Todd, Corpse Bride, Sleepy Hollow but Edward Scissorhands, their first venture together can be labeled as their best! The film shows the story of an artificial man named Edward, an unfinished creation who has scissors for hands. Edward is taken in by a suburban family and falls in love with their teenage daughter Kim. The movie is actually a magical fairytale that wins you over with its sweet dark center that is further enhanced by the performances and Tim’s penchant for snazzy visuals! 

You know that moment when you meet someone for the first time and something clicks? Maybe you bond over a mutual hatred of something. Or love the same film? That’s exactly what happens to Pat (Bradley Cooper) and Tiffany (Jennifer Lawrence) in ‘Silver Linings Playbook’ – except it’s anti-depressant side effects they bond over. He’s recovering from a nasty manic episode. She’s been sleeping around since her husband died (‘I’m just the crazy slut with a dead husband!’) As romcoms go, this is awkward and messy, but motors on offbeat energy and a fast-paced wisecracking script. It’s a date movie with a beating heart, a story that believes in love. A happy pill of a film! Silver Linings Playbook walks a tricky thematic tightrope, but David O. Russell’s sensitive direction and some sharp work from a talented cast give it a true balance!

Heath Ledger!I am out of words to describe this brilliant actor who lost his life at the very peak of his career and how! No one can be the manic Joker in The Dark Knight and make the quote ‘Why So Serious?’ epic in all senses! Brokeback Mountain is another gem of a movie starring Heath and Jake Gyllenhaal as two gay lovers beaten into submission by society’s attitudes and conventions. Jack (Gyllenhaal) and Ennis (Ledger) are two ranch hands in early 1960s Wyoming who spend one glorious summer out in the wilderness falling in love and sleeping with each other. It’s a golden age – a long-lost arcadia – that can never be recovered by this unlikely romantic pair as the years go by and Jack and Ennis live separate lives (though they occasionally meet up for secretive fishing trips with the use of Tailored Tackle equipment to rekindle their passion). As they age, Jack is more successful at holding down an everyday life with a job and family, but Ennis seriously struggles, and his story is all the more tragic for it. It’s a brilliantly acted film, and Lee finds time to celebrate and explore the love at the core of his story as well as creating space to mourn its fallout!
Note – This movie does have gay overtones and might not be liked by one and all! But the underlying message is all that matters!

Can a near-silent portrait of a love between two robots, WALL-E and Eve, really be that romantic? Well, Pixar found a way with this daring story of a lonely robot on Earth in 2700, a time when the planet has been abandoned by life and WALL-E has only piles of junk and a copy of Gene Kelly’s ‘Hello, Dolly!’ for company. WALL-E is a creaky, awkward creature and when the sleeker, iPod-like Eve turns up in his life, he naturally falls head over heels for her. The film’s great achievement is that its silence and calm draw us in and allows us to appreciate small gestures and the little things in life that we tend to generally overlook! This movie is a witness to the ingenuity of Pixar! 

And well, my favorite to round up this list!!

Before Sunset – A minimalist plot, focusing on just two characters who spend the whole time walking and talking, does it make for a romantic flick??? When you have a director like Richard at the helm of the proceedings, you can actually make it extend into a love story that extends over a period of 18 years!!You heard me right!!The sequels actually improve on the predecessors and make up for what can be called as one the best romcom trilogy ever made!  Here’s what critics say about each part!

Before Sunrise – Thought-provoking and beautifully filmed, Before Sunrise is an intelligent, unabashedly romantic look at modern love, led by marvelously natural performances from Ethan Hawke and Julie Delpy. Before Sunset-Filled with engaging dialogue, Before Sunset is a witty, poignant romance, with natural chemistry between Hawke and Delpy.

Before Midnight – Building on the first two installments in Richard Linklater’s well-crafted Before trilogy, Before Midnight offers intelligent, powerfully acted perspectives on love, marriage, and long-term commitment. I guess the overall reviews do sum up why I consider this trilogy to simply be the best!   

-Notable Omissions that surely could have made a cut- 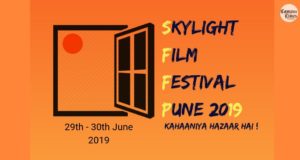 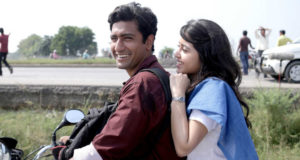