The morning of June 30th, 2018 marked the beginning of Skylight Film Festival Pune, 2018 by Amplified Emotions. The two-day festival witnessed an overwhelming response and the organizers couldn’t be happier!

“Expectations were fulfilled beyond imagination,” says Vaibhav Mane, President of Amplified Emotions. On both days, a total of nine films were screened with a break after the fifth film.

Skylight Film Festival, Pune was an event held by Amplified Emotions and has the able support of theatre groups like Unchi Theatre’s, Between the Lines Theatre Group, In addition, Sonic Harbor Music Studio, Mobile Application Partners ReviewDeDe App and Online Media Partners Campus Times Pune were also supporters of ours in this endeavor. 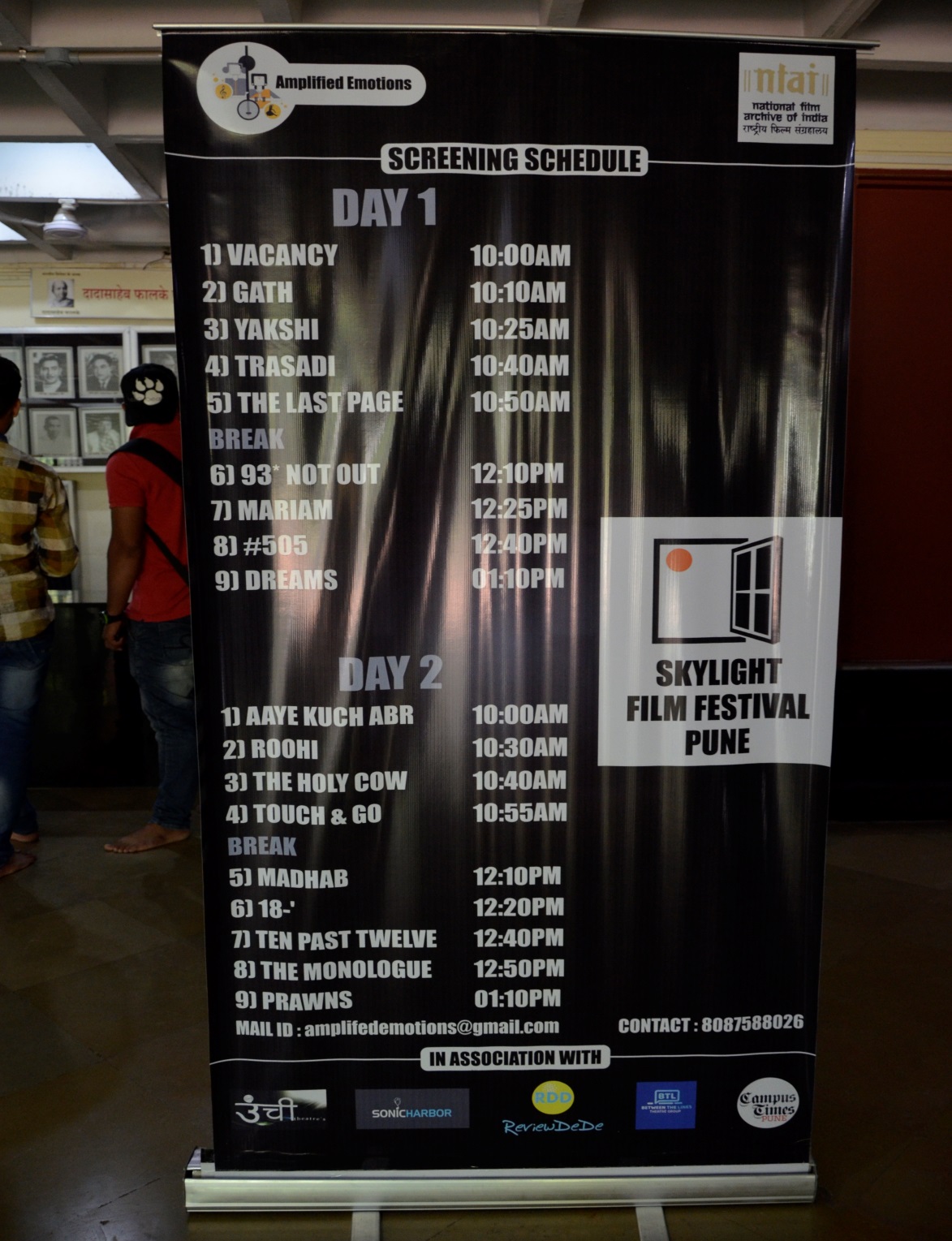 Day 1 of the festival began with an inauguration by Chief Guest Mrs. Simantini Vaze, a social activist. She works for hearing-impaired kids and for women empowerment.

Amplified Emotions was proud to screen films from all corners of the country. Films were of languages including Malayalam, Hindi, Marathi and English. This struck a chord with the audience who had a varying interest in films.

In the interval time, audiences were served complimentary refreshments from the team of organizers. It was a well-managed event says a senior member of Film Club from the audience. Day 2 started with equal energy and enthusiasm as Day 1. The audience were ready for their film-viewing experience even before the gates were open. There were screenings of nine versatile films from various regions, in languages including Bengali, Konkani, Tamil, Hindi, and Marathi on this day.

Interval was scheduled after 4 films and like the previous day, the refreshments were served by the organizers in beautiful garden area of the venue.

The prize distribution is an important section of the festival for it acknowledges and rewards the filmmakers who put endless efforts making their films. There were 6 individual award categories and three best film winning places. 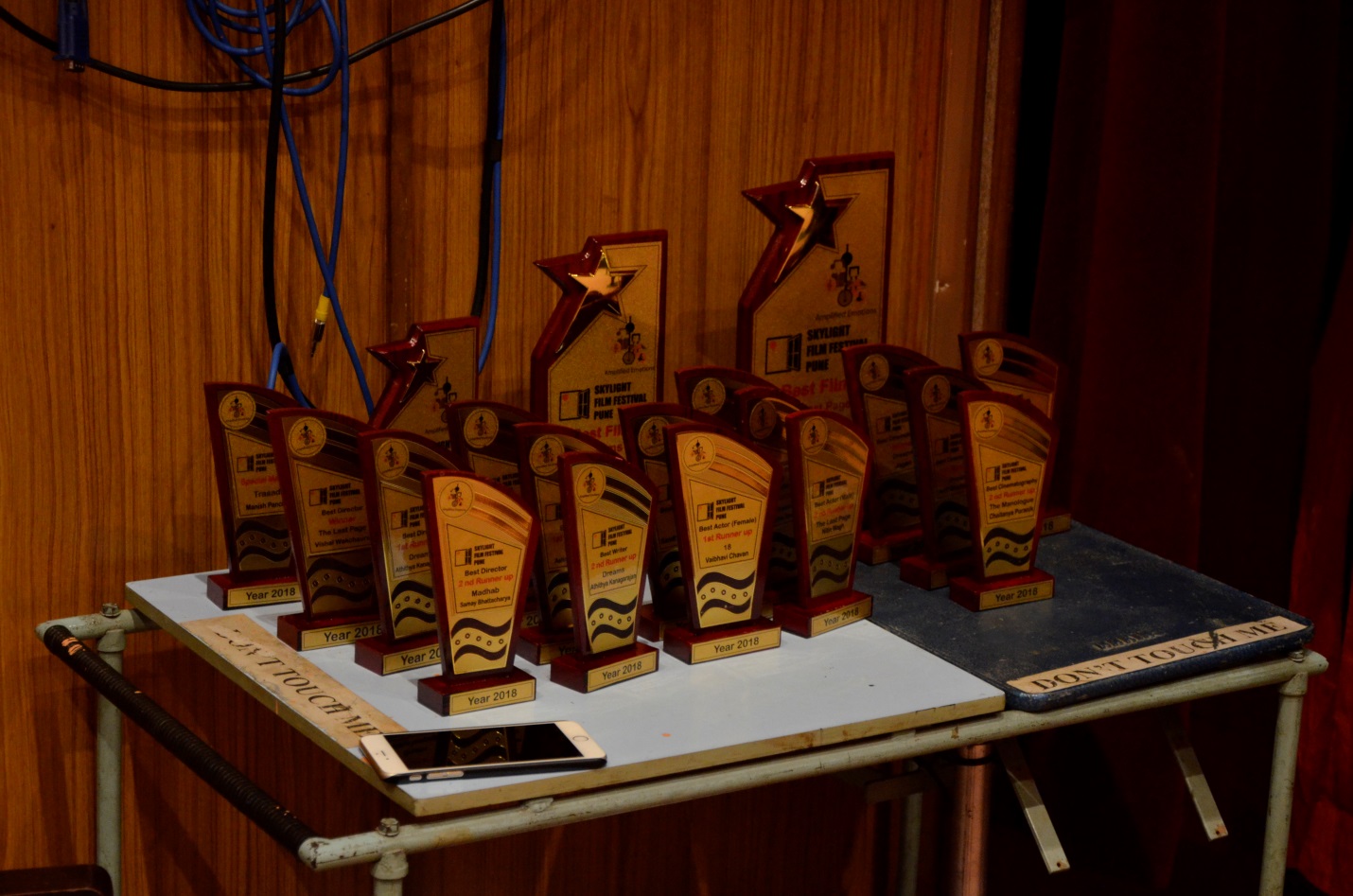 Film ‘The Last Page’ by Vishal Wakchaure received the award of Best Film, ‘Dreams’ by Athithya Kanagarajan was First Runner Up and ‘Madhab’ by Samay Bhattacharya was the second runner up in the competition.

Film ‘Trasadi’ received a Special Mention by Jury Award. Both the days ended with a new beginning and a motivation to do more. 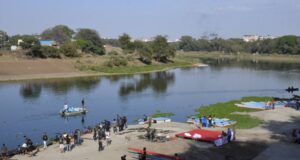 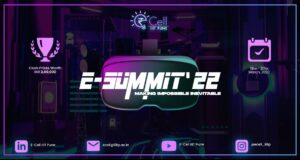 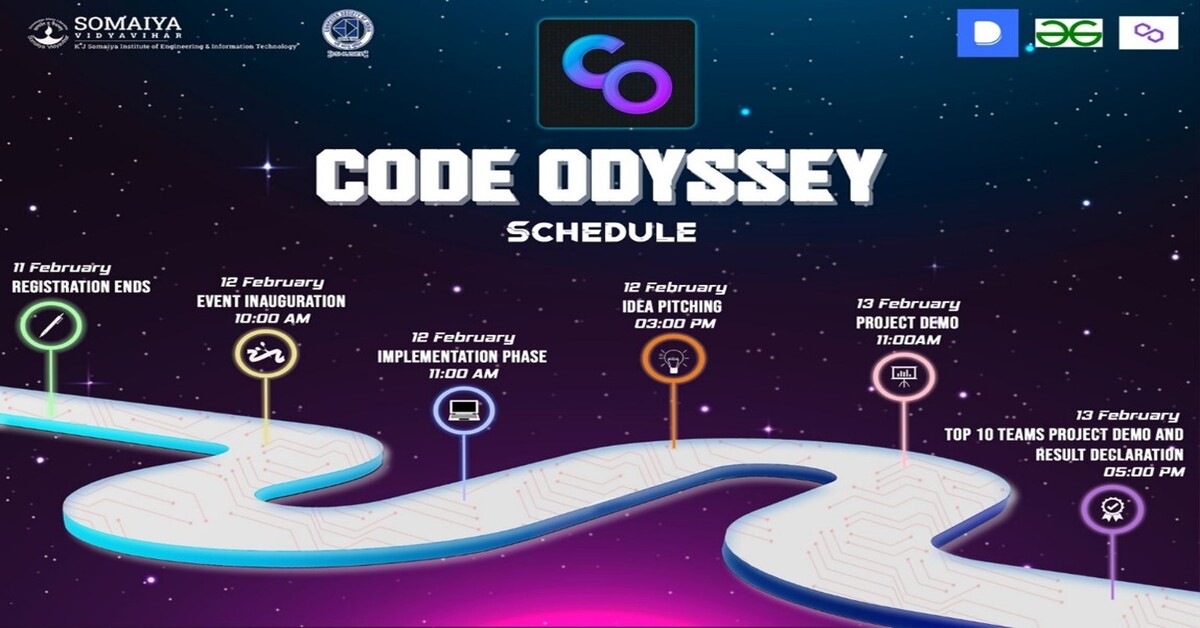