COEPMUN 2017 is going to be held on the 9th & 10th December 2017, with the last fifteen days to go register now for the superlative opportunity to represent the countries of your choice or play the pivotal role the International Press Corps at COEPMUN 2017!

COEP Model United Nations has established its prominence in the MUN circuit of the nation over its 6 years. COEPMUN’16 was a huge success with 5 committees and enthusiastic participation from high school and collegiate students. The event, conducted on the 10th and 11th of December 2016, was the seventh edition of the conference that prepares students in the much required skills of diplomacy, negotiation, research methodology, debating. The event was presided over by a COEP alumnus and MUN legend Nishant Bidchandani who worked in the capacity of the Secretary General of COEPMUN’16. 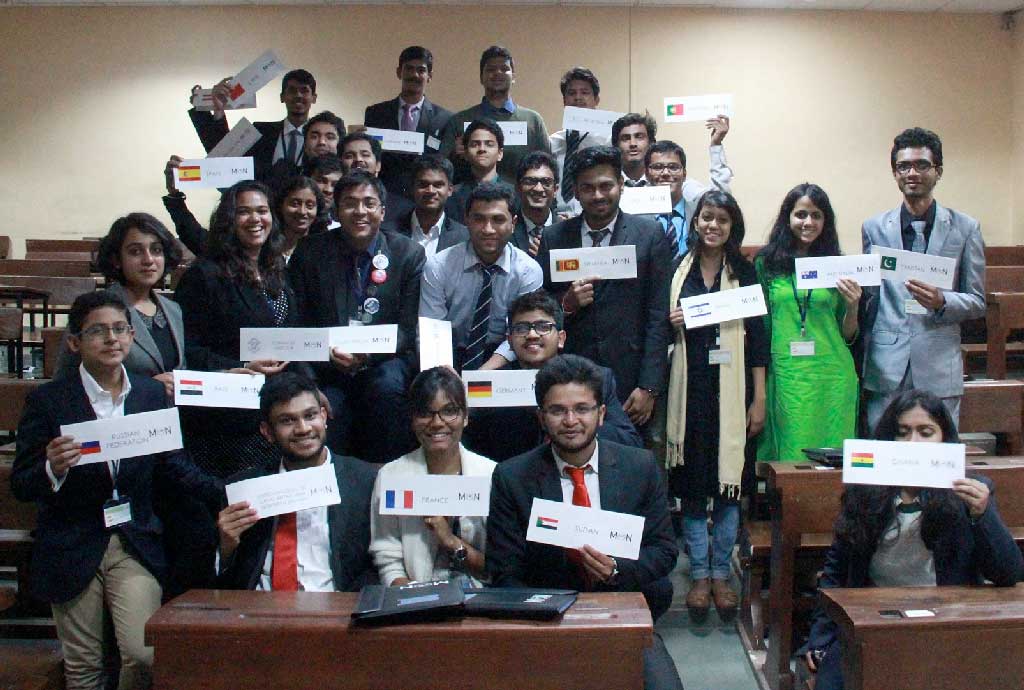 COEPMUN is the annual United Nations conference organized by the COEP Debating Society. A two-day simulation of the United Nations committees, COEPMUN 2017 aims to develop critical thinking among delegates by making them familiar with the dynamics of United Nations committees while working and assuming the roles of UN representatives and members of other International Bodies. Delegates get to work with others who are equally motivated and passionate about debate, social & economic issues and respond to concerns of nations and the world as one. With five different committees dealing with five critical agendas to be debated on, the two-day event focuses on issues that are of key importance among nations.

COEPMUN’16 featured committees such as: UNSC, UNHCR, DISEC, SOCHUM and ECOSOC with a stellar Executive Board to ensure the expected quality of discussion was in no way compromised.

COEPMUN’17 takes the MUN experience to the next level with 5 committees: 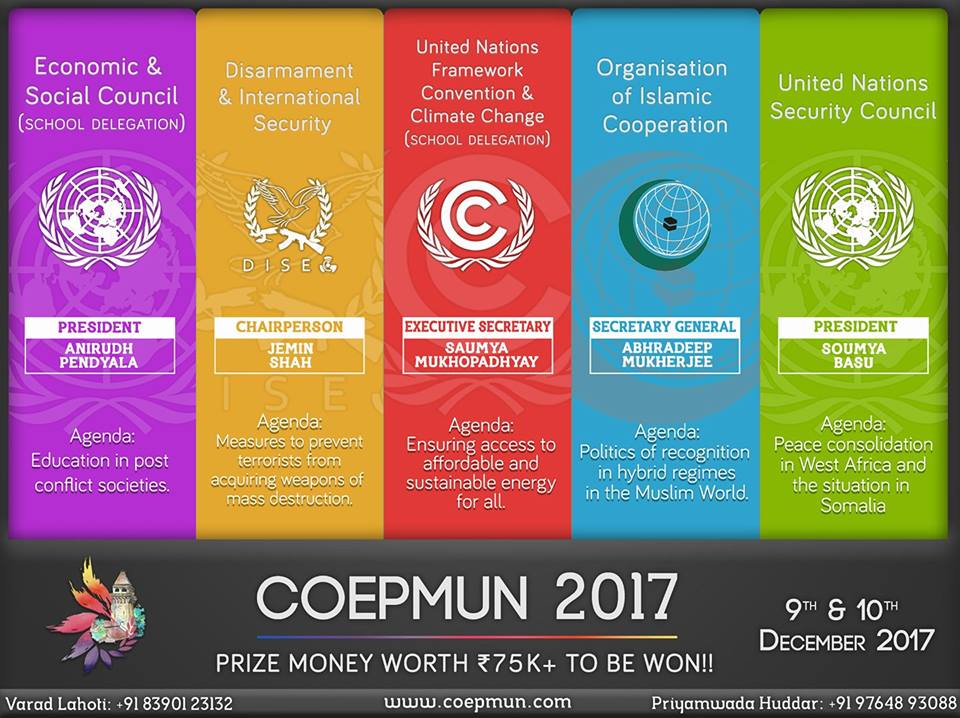 COEPMUN’17 promises to bring quality debate, enhanced set agendas and unexplored committees with a skilled executive board for your express MUN requirements!