The eighth edition of the COEP Model United Nations (MUN) was held on the 8th and 9th of December 2018 at the College of Engineering, Pune. It was organized by the COEP Debating Society. The COEP MUN was a simulation of the United Nations committees where all the participants assume roles of UN representatives. UNSC (Agenda: To discuss peace-building and peace-keeping efforts in the Middle East)

The school committees were:

UNHRC (Agenda: Protection of women and children in war zones)

The conference boasted of distinguished Executive Board (EB) members and was attended by over 330 delegates from age group ranging from 13 to 25. The opening ceremony was held at 9 am in the Main Auditorium, CoEP. It was graced by Dr. B.B. Ahuja (Director, CoEP), Dr. S.L. Patil, Dr. Kavishwar (Faculty Advisor for Debate and Quiz Club), Dr. Dhamangaonkar, Manasi Chavan (Secretary, Debate Society) and Aditya Khandelwal (President, CoEP MUN ’18). The participants entered the auditorium after the registrations were done and Id cards were given after which the conference was declared open by the Secretary General, Abhinav Anand.

After the opening ceremony, all the participants were escorted to their respective committee rooms. The first session of the CoEP MUN’18 began at 10.30 am. The proceedings of the conference began after the course of the conference was explained by the Chairs and the Vice Chairs of respective committees. The first session was followed by a lunch break. The second session of formal debate came to an end with a high tea break which was followed by the third session of the conference. The proceedings of the MUN were adjourned for the day after the third session.

The second day of the conference began in a similar fashion with a lunch break after the first session. The participants assuming the roles of delegations of various nations came up with working papers under the mandate of the given agendas. The third session commenced post high tea where the delegates came up with draft resolutions. The conference was covered by participants in the role of members of the International Press. Their contribution and dogged chronicling of the conference can be viewed on the official COEPMUN website. 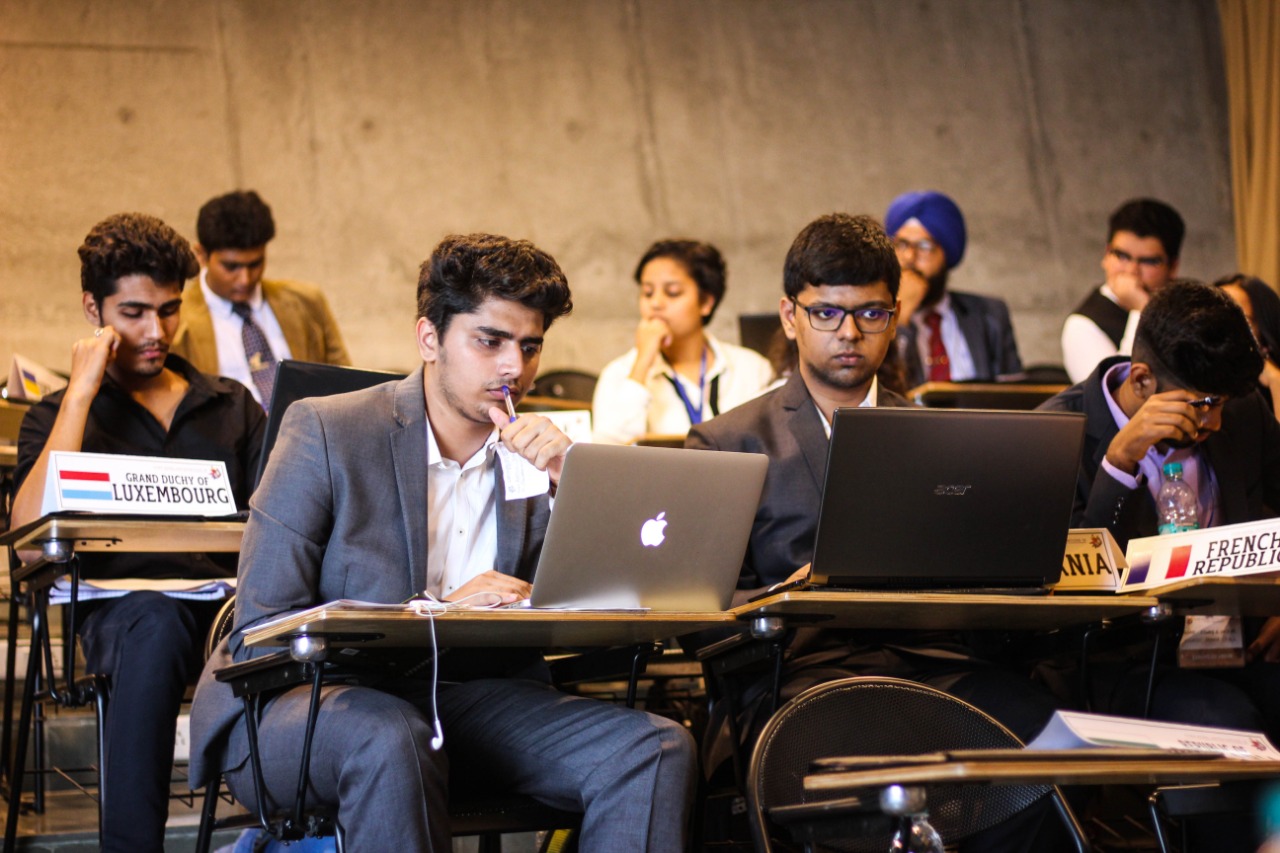 School children from prominent institutions as well as not-for-profit NGOs like iTeach and Teach For India were trained by the Organizing Committee prior to the conference and were competing on one platform at the event.

The closing ceremony was held at 6pm again in the Main Auditorium. The members of the Organizing Committee were given certificates of appreciation after a speech by the Debate Club Secretary, Manasi Chavan, highlighting the key motivations for conducting a MUN on such a large scale. Prizes for Best Delegate, High Commendation and Special Mention Delegate for each committee were given out. A formal vote of thanks was proposed by the President, Aditya Khandelwal. The conference was declared closed by the Secretary General.