Posted by: Vedant Pophale in Movie Reviews, Trends May 3, 2018

425
SHARES
Share this on FacebookTweet this post
This article is FULL OF SPOILERS from the new Marvel movie, Avengers – Infinity War. To avoid any spoilers that will ruin your fun in the cinemas, stop reading after this disclaimer.

Eighteen movies and 10 years later, Marvel Cinematic Universe brings out the cruelest of the wars that changes the fate of MCU as we know it. Thanos is a villain that sees no difference in any of the living being when it comes to his destiny. Joe and Anthony Russo, known as the Russo brothers who directed this film and the next instalment in the series, Avengers 4, have done a brilliant job in combining 64 actors with a speaking role in the movie and yet not let us feel disoriented.

The story moves from place to place but the audience is always on the edge of their seats. The theatre was filled with cheers, laughs, gasps and cries as the movie progressed, but when it was over, there was no sound for a brief amount of time and then a sudden chatter of theories and questions erupted. We discuss some of those questions here.

Who is (permanently) dead?

Infinity War is not like any other Marvel movie that makes sure that the good guys are always safe at the end. Throughout the film, we see deaths like it’s Black Plague in MCU. We start with the deaths of Heimdall and Loki on the Asgardian ship heading towards Earth, Gamora, who is sacrificed by Thanos to obtain the Soul Stone, Vision, who held the Mind Stone in his forehead, met an inevitable end and almost half of the Avengers disintegrated into dust at the end which include, Doctor Strange, Spiderman, Star Lord, Drax, Mantis, Groot, Falcon, Black Panther, and Bucky (with Maria Hill and Nick Fury in the post-credits scene) 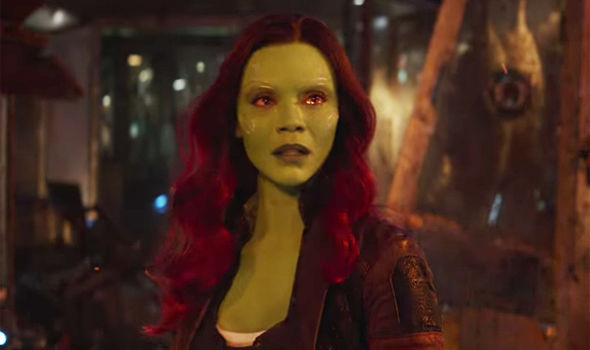 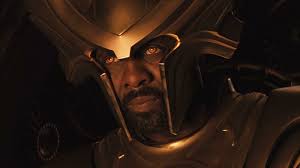 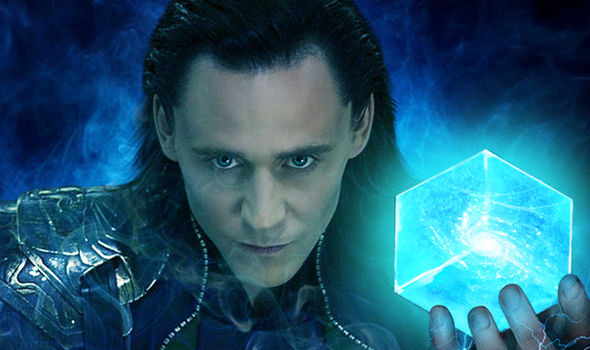 But which of these deaths are permanent? I believe the deaths of Loki, Heimdall, Vision and Gamora have far less chance to be reversed than the deaths that happened at the end. Even though faking his death before, Loki cannot survive a Thanos with two infinity stones in his possession. Gamora serves a purpose of sacrifice in the film and might have a chance of appearing in the Soul World inside the Soul Stone. Vision is clearly in no place to be revived with the Mind Stone snatched from his forehead, destroying a large chunk of his body.

Everything about the Infinity Gauntlet

When we see Thor journey to the home of Dwarfs, Nidavellir. We learn that Eitri, the blacksmith has forged a Gauntlet for Thanos that helps contain the Infinity Stones. We also see a mould of that Gauntlet. When Thanos snaps his fingers at the end, the Gauntlet seems to be barely holding its shattered pieces.

Does that mean Eitri will have to forge another Gauntlet in Avengers 4? 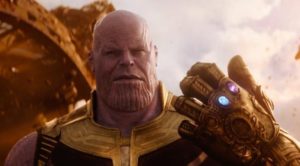 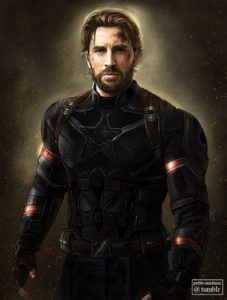 When Thanos is throwing the Avengers everywhere, we see Steve Rogers holding him off, even after possessing five of the six Infinity Stones. Thanos doesn’t only control the Stones but they also enhance his personal strength and if Steve Rogers is able to hold him off after that, one thing comes to mind and that is, Would Steve Rogers wear the Gauntlet in Avengers 4?

And if that happens, I wouldn’t be wrong to suggest that the Avengers 4 might get named as Avengers : Infinity Gauntlet.

Why did Doctor Strange give away the Time Stone?

The Sorcerer Supreme who was hesitant to even remove the Eye of Agamotto from his, gave up the Time Stone when Thanos was about to kill Tony Stark. While Strange specifically said that he would choose the Stone over Iron Man and Spider-Man’s life, after looking at the 14,00,00,605 possibilities of the future and seeing they only stood the chance of winning in one of them, it all looks like an elaborate plan to defeat Thanos by letting him win. It also raises the question of Tony Stark’s role in the next Avengers, would he be a big catalyst in the end of Thanos? 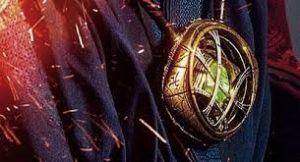 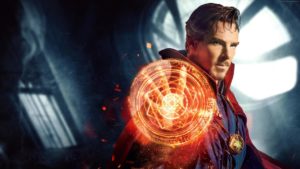 The most anticipated Infinity Stone which hadn’t made its appearance in the MCU before was the Soul Stone. In Infinity War we finally see that Soul Stone is being guarded on Vormir by none other than Red Skull. He was blasted on Vormir when he touched the Space Stone, back in Captain America : The First Avenger and has been guarding and showing the path to other beings who come there in search of the Infinity Stone. To obtain it, one must sacrifice something that meant the world to them, a soul for the soul. Thanos sacrifices his favourite daughter Gamora and obtains the Soul stone. We later see him in the world of Soul Stone as he talks to Gamora who is now in a form of a child. Could it be that Soul Stone is the key to Thanos’ destruction and the return of Gamora? Can Soul Stone bring back the disintegrated Avengers? Can someone travel to the world of Soul Stone (maybe Doctor Strange or Ant-Man?) 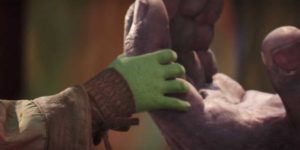 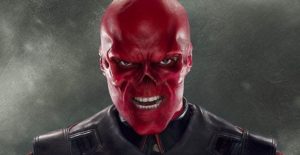 Hawkeye, Ant-Man and Captain Marvel, where do they fit?

Two of the funniest Avengers we missed in this film were Hawkeye and Ant-Man. Though we get a line of explanation that they are retired and looking after their families, Kevin Feige has told that Hawkeye and Ant-Man have much important roles in the next Avengers film. I believe when Thanos disintegrates the half of Universe, Hawkeye’s family is in that half and that prompts him to pick up the mantle of Ronin and fight Thanos. While for Ant-Man, he has a solo movie coming up which introduces Hope Van Dyne’s Wasp. That movie might end on note of Thanos snapping his fingers and there starts Ant-Man and Wasp’s journey. 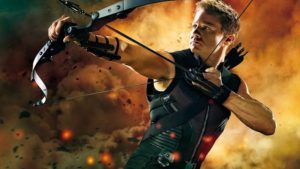 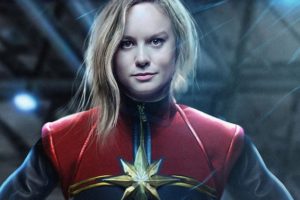 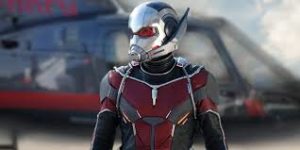 Infinity War ends with just one post-credits scene for the fans to savour till next year but it is a big one. Maria Hill and Nick Fury are trying to contact Tony Stark and when everyone around them starts disintegrating; Nick Fury opts for the last resolve, contacting the supposedly retired Captain Marvel. She debuts with her solo movie before the Avengers 4 and will answer a lot of questions regarding her role in the Avengers.

These are some burning questions that need answering to ease the pain that Infinity War has caused us. Avengers return with the fourth instalment in 2019. Till then, let’s theorize everything that we can and hope for the best end to a huge arc of the Marvel Cinematic Universe.

Vedant has been a storyteller since his friend got slapped after he asked a girl out. To make a living out of that, Vedant had to wait for 10 more years. Till then he read extensively about mythology, science, history and conspiracy theories. He also enjoys writing about himself in third person. 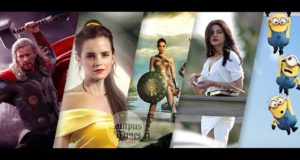 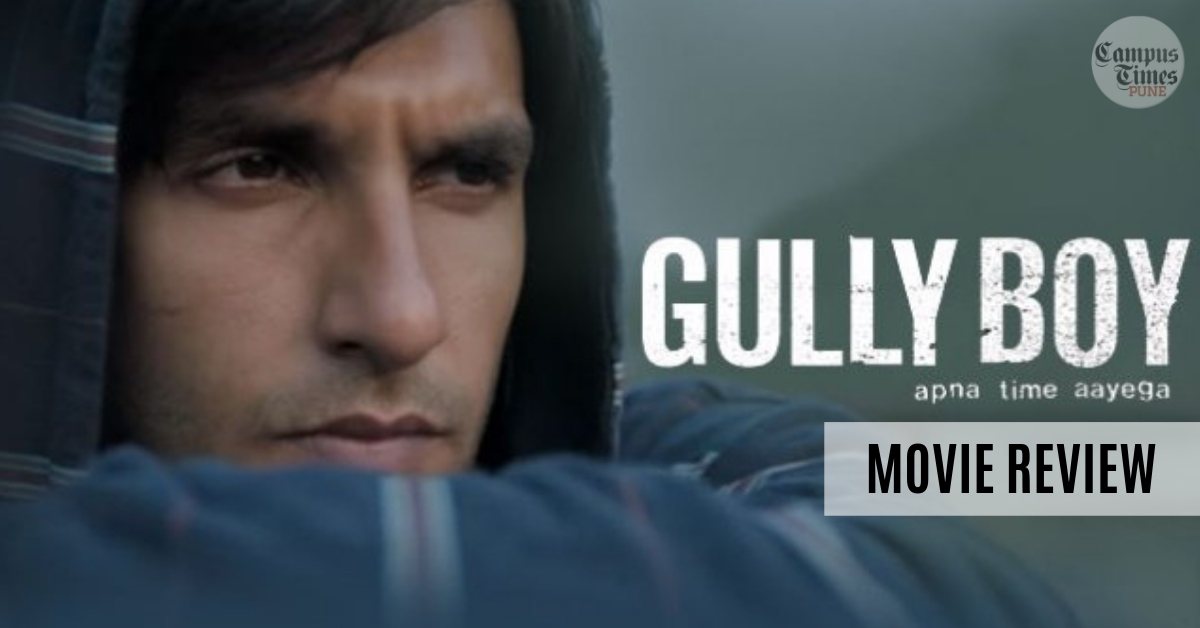 From a strong star-cast to stunning visuals, Zoya Akhtar, through 'Gully Boy' introduces us to the world of Indian rappers. Here's our Gully Boy Review!