426
SHARES
Share this on FacebookTweet this post
Disclaimer: This article showcases the small events in the bigger event that happened in Pune. A perusal of the good things when people come together. It doesn’t intend to neglect the motive of the march.

What is the Reason Behind Maratha Kranti Morcha?

The Maratha Kranti Muk Morcha was to press demands which include the punishment of the culprits in the Kopardi case, Maratha quota in education and Government jobs, Amendment in the Atrocities Act, Loan waiver for farmers to prevent more suicides, and minimum rate for each crop for farmer sales, etc. The march was held in Pune on Sunday and it went peacefully despite the huge number of people who participated in it. The route started at Deccan Gymkhana and went up to Council Hall (Vidhan Bhavan) at Sasoon Road. Six girls went ahead and submitted an epistle of demands to the Pune District Collector, Saurabh Rao.

When a large number of people come together for any cause, you are bound to notice how beautifully mankind can live in harmony. A silent march, but I was hearing a thousand words through people’s actions.

Although the march got over in 3 hours, we got to see various acts by people that moved us. Unity changes everything about a person.

Although it is obvious that a large number of people would turn up, you cannot fathom the exhilaration you get when you see them. All roads were filled with marchers with orange flags and as far as the eye goes, there was no end to them. The footfall of the Maratha Kranti Muk Morcha was around 10 lakh, police said. There was no place for a person to go from Garware chowk to the Shivaji murti which is at a distance of only 10 m. There were families, college students, aged citizens and many more to experience this unification of a particular caste. People hung on balconies, on terraces and some even on trees to get a better view of the whole march. The whole 5 km route was filled with people and there was no place to move around at the end of the morcha. The numbers itself will overwhelm you. 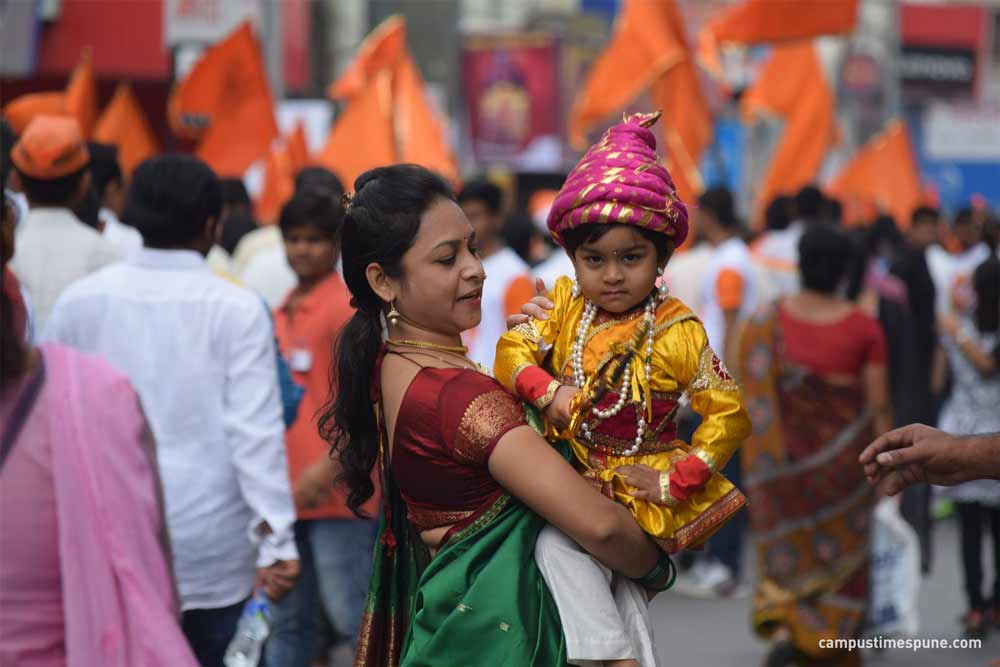 Most of the people that took part in the march were above 18 years old but we did spot little ones there too. Coming along with their families, these ‘cutesies’ donned the most adorable accessories to support the cause. With the orange pagdi, a flag or the Maratha slogan to go with, kids made the best part of the march.

There were 10 lakh people who participated in the march, obviously we’ll spot at least one person behaving oddly. And we spotted many. There were kids climbing on the bamboo Shamiana to click pictures and men climbing up trees to cover the event on their beloved smartphones. (I stuck to climbing on the footpath. That’s how far my vertigo allows me to go).

From wearing odd colors to the march to taking selfies with policemen, we saw it all. But if not for these people, what else would you have to talk about? There were also people who tried begging the cops to let them in a particular galli with their two wheelers. Giving excuses like I have to go the hospital or “Someone will definitely try to steal my bike if I don’t park it deeper in the gallis.” But their quirks are negligent in front of the fact that they participated with good motive.

Various people had their special mineral water bottles and packaged food when they attended the march. But as always, the bottles and wraps were sprewn across the roads. Some good hearted people, went around picking up how much ever trash they could in the small polyethene bags they had. Volunteers were appointed for the same, but seeing family members clean up the little that they could, proves that they took the cleaning instructions of the march seriously. 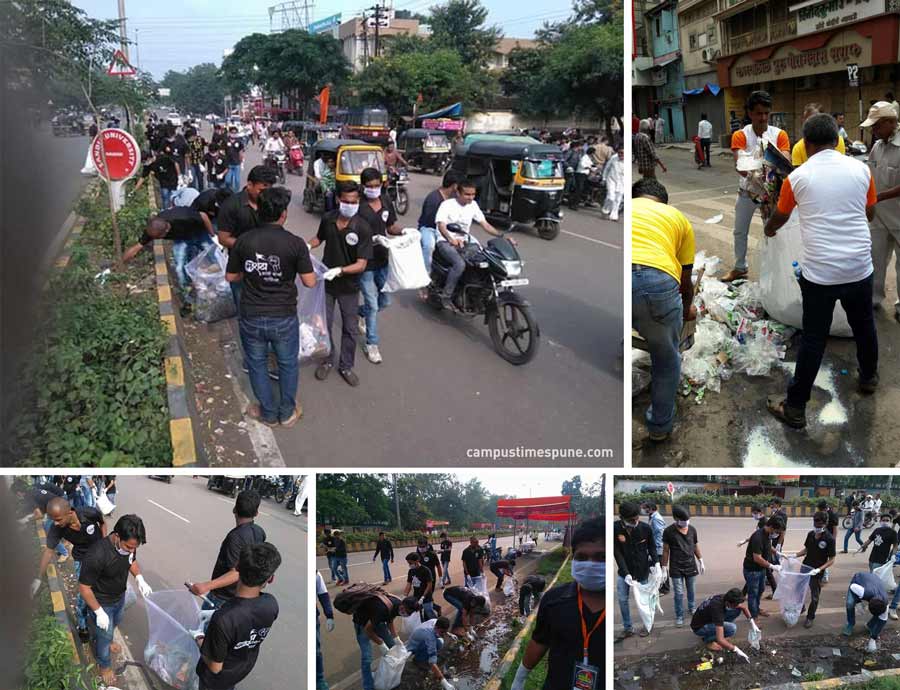 This trait of people was beaming from all across the route. Whether it be for the smallest things that people have helped each other for or for a big cause. The fact that this was a silent march manifests that they didnt want to inconvenience people more than they would in the 3 hours. All roads which were blocked previously were opened up and there was negligent traffic. The whole march was completed in 3 hours and no more.

If you were present you could see that the Sunday afternoon turned into a friendly get together for all people. Instead of “Hatt na, Kashala rasta advun thevlay tu?” one could hear,

I’m not sure how long this lasted, but it was nice seeing people change for a day at least. There were several such signs one could see. A person’s wallet was submitted at the main stand at Garware chowk by some bachelors. In other events, it would have been the total opposite. The person who lost his wallet would be announcing for someone to return it.

And I’m not exaggerating when I say that there was no place to move. People were stuck to each other like two magazine pages on a hot sunny day. But somehow, they still made place for an ambulance to pass by, pushing and shoving they let the ambulance pass in an impressive speed given the crowd present. Volunteers helping aged people, everyone ready to give directions and people laughing and talking to strangers like they had known each other for a long time were just some small things we noticed.

The best part? Marathas weren’t the only people participating in this march.

When the six girls submitted the demand epistle, speakers across the 5 km route announced it and everyone clapped. And imagine 10 lakh people clapping and rejoicing at once. It doesn’t matter what mood you are in, or what caste you belong to, you’ll feel happiness spreading in your chest.

The speakers then asked everyone to respect the National Anthem and join in. Now imagine 10 lakh people singing the national anthem. Rabindranath Tagore wrote the lyrics so well, I realized it when everyone was singing it around me. Each word penetrating my mind. Everything was silent, just the sound of 10 lakh people singing the national anthem with impact that would explode your heart with patriotism. If that doesn’t give you goosebumps, I don’t know what will.

All in all, the march was an experience. For the bigger picture, and the smaller things I noticed. Faith in humanity, restored. 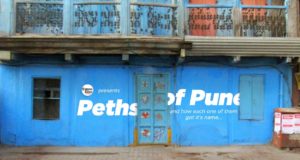 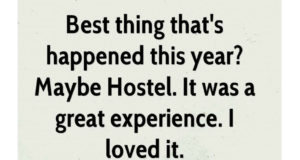 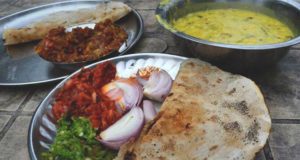