Over the years, College of Engineering Pune has made its mark on the cultural landscape of the entire country with their spectacular performance in various fests.The year 2016 marked the inception of COEP’s very own cultural fest “Impressions “.It is an idea to provide artists with a platform so diverse,that their creativity has a thousand ways to portray itself.Over the three editions so far,this promise has been kept.

Impressions ,a solely student organized fest has been making impact since its commencement of various artists throughout the country .With Impressions becoming popular with time,the footfall has raised over 9000 people attending the fest.

Impressions bestows a chance to understand yourself better through your imagination sketched on that blank paper.It provides a stage for all the adrift artists in their journey of discovering themselves.A platform which makes you think out of the box,thus enabling you to step into someone else’s perspective of art.Thereby ,introducing this year’s theme “Into the artverse”. 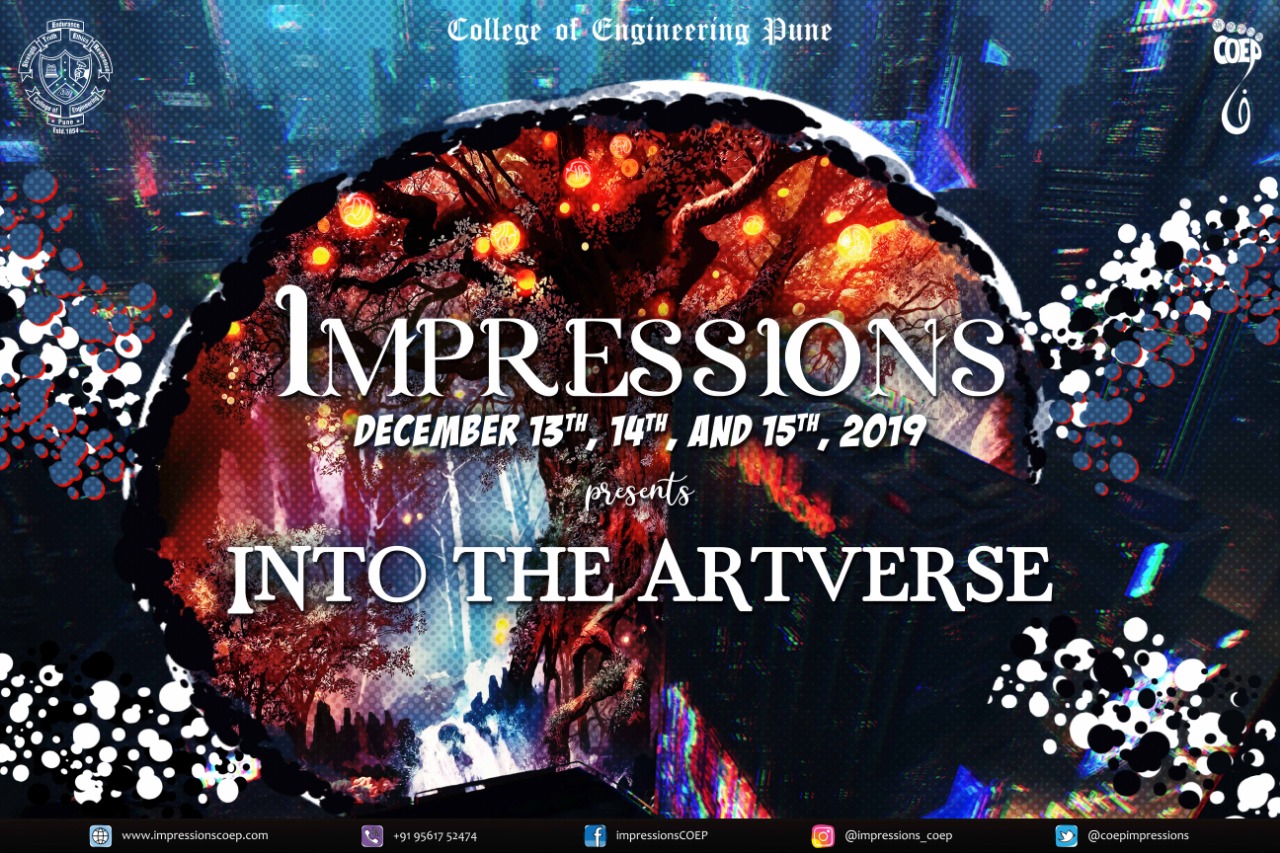 Impressions’19 introduces 22 events from 6 different modules, aiming to touch multitude of artforms. The modules named as ‘chitra’, ‘camera’, ‘abhinay’, ‘nritya’, ‘sangeet’ with a newly introduced module ‘shout out’ each with diverse artistic competents. Each event, motivating the crowd to bring forth their passions, thus unrooting miscellaneous talent into the daylight.

In Impressions’19, you will hear the sea of footsteps the loudest rhythm, the heart beats of joy and excitement, a wave of bliss, this time taking you into the artverse. A land beyond the imagination, a place hidden in all of us waiting to be unveiled.Hop on this ride with team Impressions’19 because “there is an artist in all of us”.